When the subject of Halloween, and more specifically Halloween costumes, came up at our house, Leah was very clear on one thing. Halloween is a time for being scary. "Why would anyone want to be something cute or pretty, Mom?", she asked, thinly disguised scorn in her voice. "I want to be a vampire. Or a werewolf." Rachel, still recovering from the indignity of last year's fuzzy pink unicorn costume (we waited too late to pick costumes, and ended up with one that very definitely didn't suit Rae's personality, well...at all, really) chimed in that she wanted to be something scary too. A ghost. Or a vampire.

This decision went back and forth over a couple of days. Vampire. No, ghost. No, vampire. Until, in a flash of brilliance, Leah suggested that Rachel be the ghost of a vampire that died. I thought about going into the whole "undead" thing, but then decided just to tell them that it was a great idea.

So here are the scary vampire: 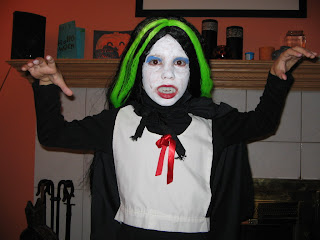 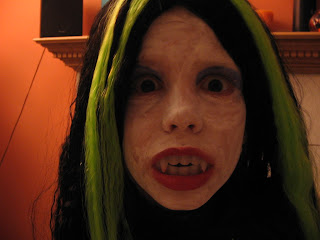 And a scary vampire ghost: 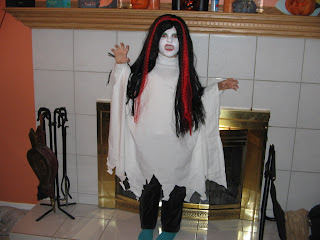 And a selection of pumpkins that the girls' father carved for them: 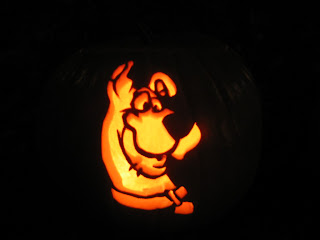 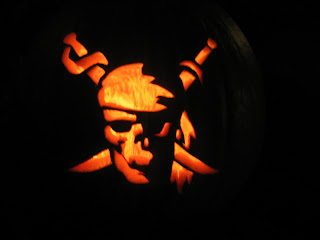 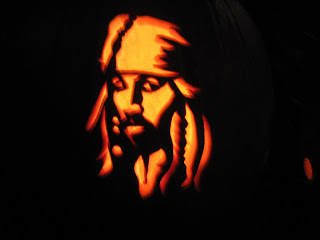 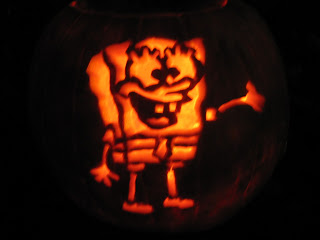 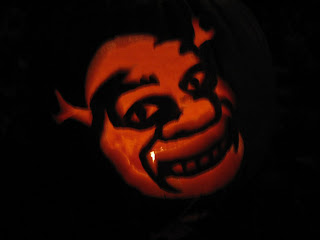 A bit of sad news though, Halloween marked the loss of a family member. R.I.P. Steve.

Oh, and one last thing. It is a Really. Bad. Idea. to stay up late on Halloween night reading a Stephen King book alone in bed when you're the only one up in the house, and the wind is rising and all kinds of creepy noises are coming from Outside Your Bedroom Window, and the girls are muttering and tossing in their sleep, and you're sure you heard something moving in the garage. Seriously, don't do it. I think it was after one this morning before I fell asleep, with the Daily Show on the TV up loud to drown out the sounds of possible zombies/axe murderers/alien monstrosities/Steven Harper lurching, stalking, oozing, or waddling towards my bedroom.
Posted by alison at 11/01/2007

Email ThisBlogThis!Share to TwitterShare to FacebookShare to Pinterest
Labels: Life with Leah, Life with Rachel