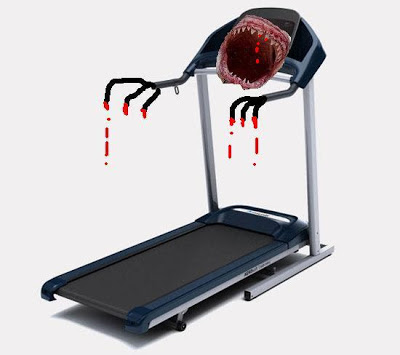 I have a question for you.

Suppose, just for the sake of discussion, that you started an exercise program at the YMCA/YWCA in your community.  And you designed a twice-a-week workout consisting of about a half hour of very fast walking on a treadmill followed by an hour of weights.

And suppose on a Monday evening, you were on a treadmill, very busy talking to your friend on the next treadmill, and somehow lost your footing, causing you to flail around like the subject in a nerve-gas experiment, and, instead of jumping off, you inexplicably tried to climb back on with your left foot while your right foot was on the floor, leading to a very ungainly galloping motion which quickly ended in an epic faceplant onto the moving belt which then shot you off the back of the machine until you stopped with your shoulder still touching the belt which then proceeded to sand off a couple of layers of skin.

And suppose that you went to work on the Tuesday morning wearing a sleeveless dress because a) it was hot out, and b) you didn't want anything touching your ouchy, oozing shoulder, shining under a thin layer of Polysporin.

And suppose your co-workers exclaimed in horror at your bruised and road-burned shoulder and asked you how it happened, what would you say?

3. Saving baby from house fire and being hit by collapsing, flaming beam that hurtled down from the ceiling as you choked on smoke, scanned the blazing room, and managed to scoop up both the wailing baby and an unconscious kitten before staggering outside into the front yard lit by the strobing red lights of fire trucks and collapsing from smoke inhalation.

4. The lame, lame truth: That you were unco-ordinated enough to fall off a treadmill.  And probably shouldn't be allowed unsupervised around gym equipment, any vehicle with a combustion engine, or high-heeled shoes.

What would I say, if this far-fetched scenario were to happen to me?

Well, I'd go with Number 1 when greeting the other attendees at a meeting, and grudgingly admit to Number 4 when faced with non-believing stares.  You know, in the unlikely event that anything like that were ever to happen to me.

Email ThisBlogThis!Share to TwitterShare to FacebookShare to Pinterest
Labels: Alison vs. the Universe, It's all about me, Life in general, Tee hee

We have a new member in our family, Rocky, an 11-month-old Chihuahua/Mini-Daschund mix.

The girls accepted him immediately.  Max and Angus, not so much.

This is how I imagine it would have gone if Max had been in charge of the decision of how to expand the family. 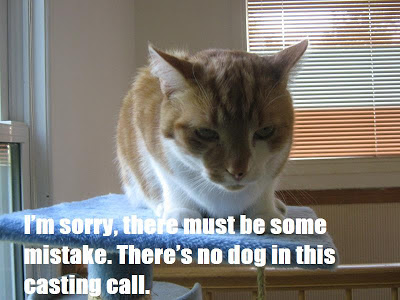 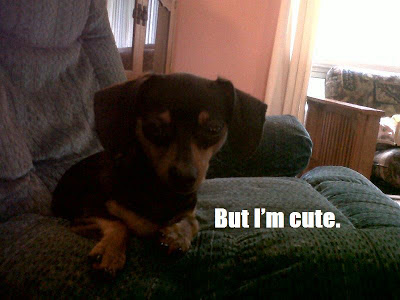 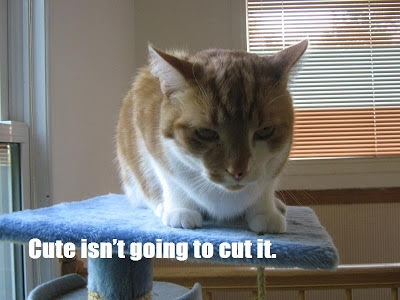 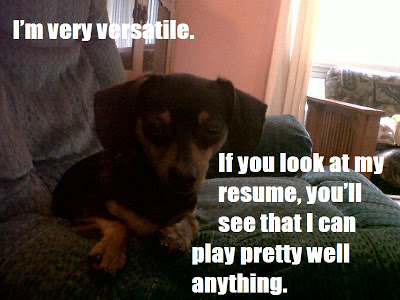 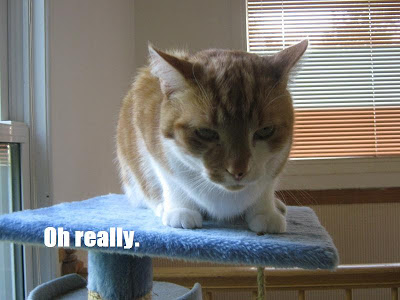 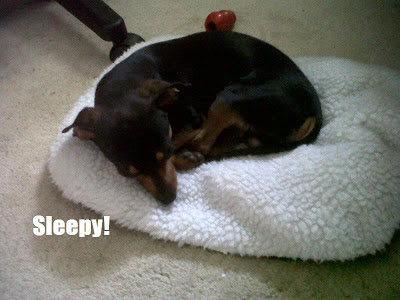 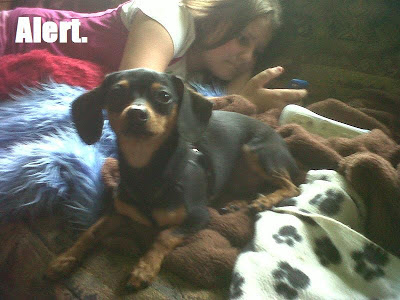 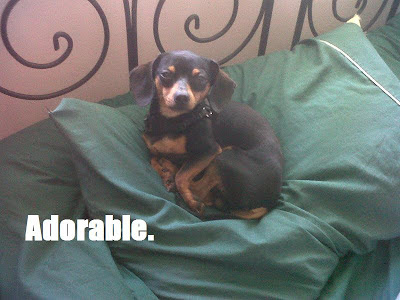 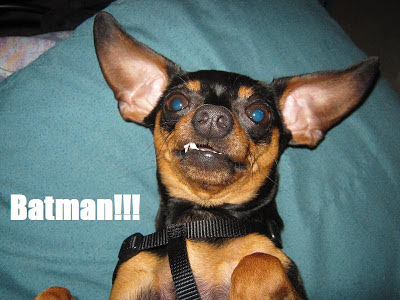 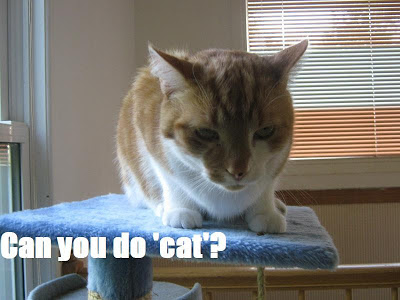 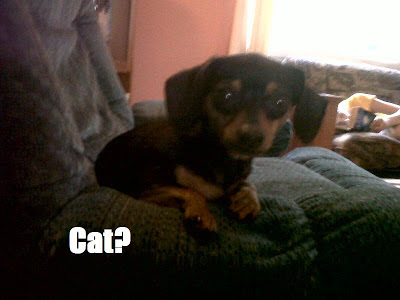 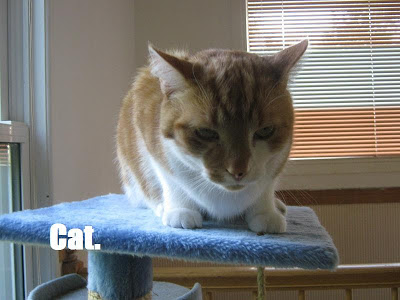 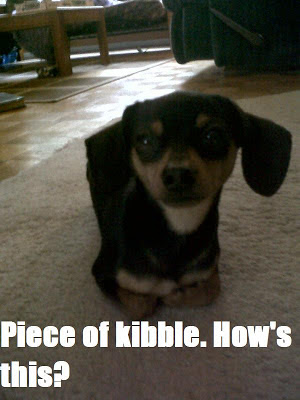 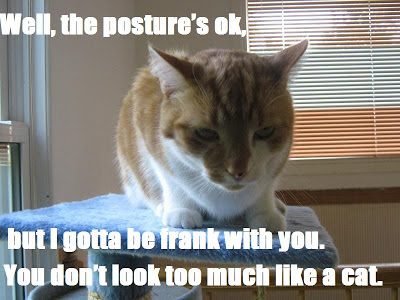 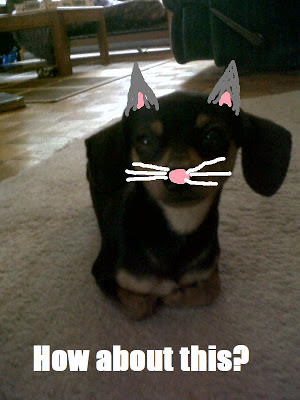 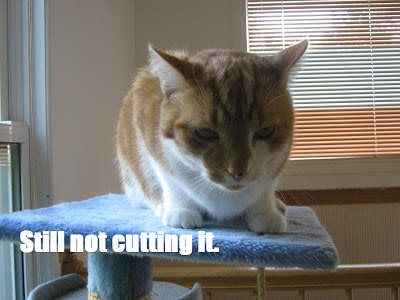 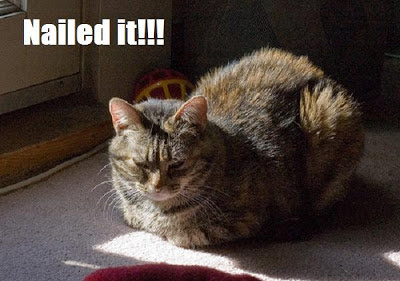 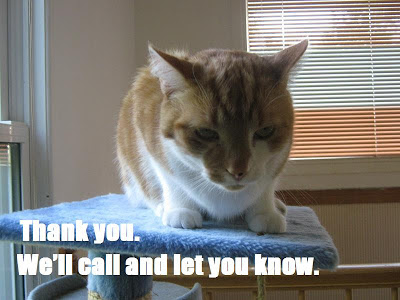