According to Rachel: Canal edition 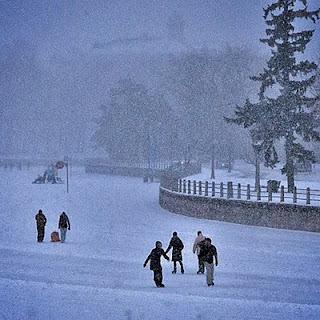 Yesterday we went skating on the Canal to get a skate in before the promised freezing rain and snow that's taking place today. Bribed with the promise of Beavertails and hot apple cider, the girls happily skated the length of Dows Lake and we headed to the Beavertail stand and rest area to refuel and warm ourselves by the outdoor fireplace.

Satisfied, we headed down the Canal towards the Bank Street Bridge, with Leah helping her sister, who isn't as accomplished a skater as Leah is.

Leah: Don't go so near the edge where the snow is. The ice is really bumpy under there. And watch out for the cracks, you could trip if your skate blade catches in one.

Rachel [in a witheringly sarcastic voice]: Yah, I think I can figure that out. You don't have to be Albert Frankenstein to know *that*.
Posted by alison at 2/28/2011 5 comments:

Email ThisBlogThis!Share to TwitterShare to FacebookShare to Pinterest
Labels: According to Rachel, Family time, I am Canadian, Life with Leah, Life with Rachel 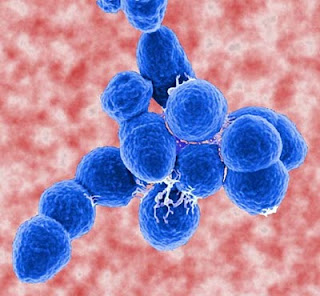 RE: Cessation of ongoing viral/bacterial infections

Though I realize that you are our major corporate stakeholders in the infection line-of-business, a lack of resources is forcing our organization to terminate the stakeholder-engagement process.

After consultation with our lung, stomach, and gastrointestinal-tract teams, we've decided to revert to our core competencies -- breathing, digestion, and nutrient absorption -- and get out of the business of coughing, vomiting, restricted oxygen levels, fever, and diarrhea.

The past few months have been productive for the infection line-of-business, with infection targets being reached or exceeded in the program sectors of pneumonia (Alison and Rachel), bronchitis (Alison), strep throat (Rachel), and some kind of rotavirus/norovirus (Leah and Rachel). We hope that you will be successful elsewhere as a direct result of leveraging the knowledge base acquired during these program trials.

We wish you the best in your future infection endeavours.

Email ThisBlogThis!Share to TwitterShare to FacebookShare to Pinterest
Labels: Alison vs. the Universe, Life in general

My training of the Henchkitten proceeds apace. He is an inspired student and has absorbed my knowledge well.

The day of his first solo attack is here. I have unleashed him to lay waste to those papers you concentrate on so strongly. 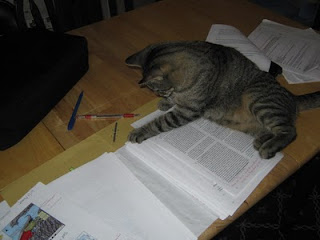 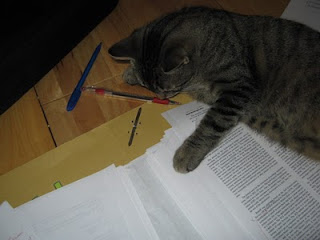 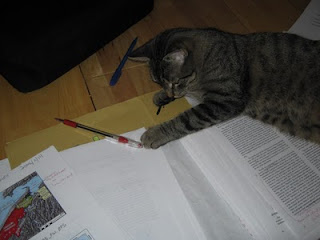 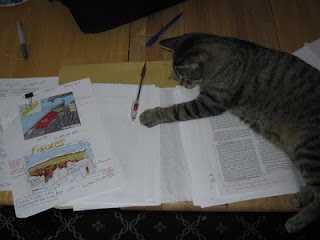 Your pen will not survive.

Did that just say what I thought it said?

I don't know whether it's because I read very quickly, or because I'm an editor, and used to looking for certain words or word patterns, or maybe I drink too much wine I'm just tired, but lately I find that I'm reading things that aren't there.

It usually happens when I'm reading online in that split second after I've hit the back button on the browser -- or clicked on a new link -- and my eye will pick up a phrase or sentence from the disappearing web page that registers on my brain *after* the new page is already loading, and I can't re-check to see if I really saw what I saw. Which can be some really weird stuff.

Such as the following: 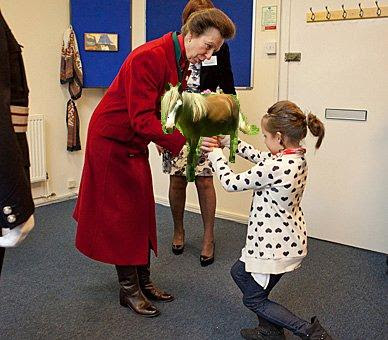 Or this one, last week:

A former Calgary medical examiner whose expert reports are being reviewed by Alberta Justice officials has been identified as Dr. Michael Belenky, CBC News has learned. 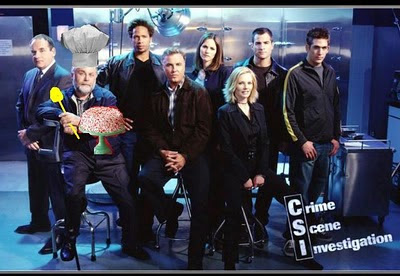 Which is kind of gross, really. Ewwww.

Or this, which showed up in an ad at the side of my Facebook page:

'Ski deals'! Well that sounds so much better than 'ski deaths', which is what I read. 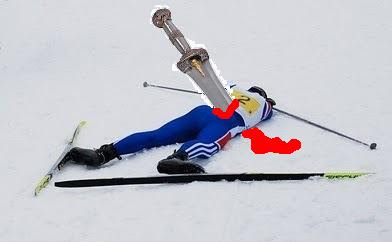 Not exactly a great marketing campaign.

But the best one was this: 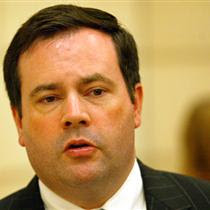 I bet you can figure out what I thought I read: 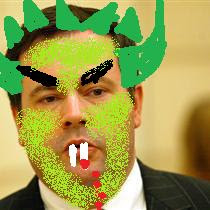 Email ThisBlogThis!Share to TwitterShare to FacebookShare to Pinterest
Labels: It's all about me
Newer Posts Older Posts Home
Subscribe to: Posts (Atom)