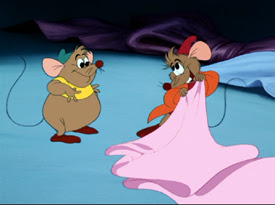 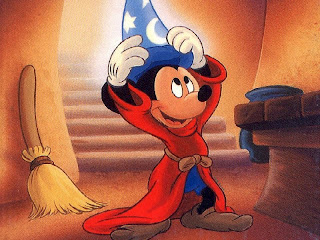 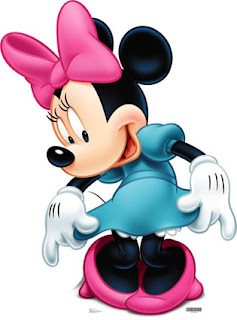 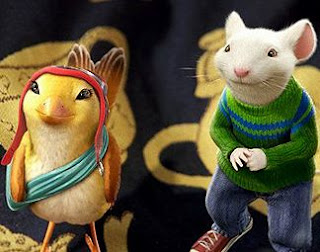 I have mice. Yep, mice in my house. Mice in my house. We've been in the house for 5 years, and this is the first time it's happened. It's also the first fall/winter that we've been without a cat, as we lost Elvis last February. A coincidence? I think not.

Anyway, I was cleaning the kitchen, moving aside some of the appliances that sit on the counter, when I found them. Mouse turds. Crap! (In all senses of the word.) Then I made a really bad mistake: I told the girls the truth when they heard me exclaim in the kitchen:

See, thanks to Walt Disney and the horribly cute vermin in his movies, the girls are moved to hysterics at the thought of baiting a few traps with rice krispies and peanut butter to get rid of the little critters. According to Disney (and now my brainwashed daughters), mice are cute! And sweet! And adorable!

I guess if the mice at my place were like Jacques and Gus, and helped around the house and made me couture dresses, I could cut them a little slack, but they're not, and seriously, don't you think that Cinderella occasionally found a pile of mouse poop under her toaster oven and wondered what the hell she was doing encouraging the mice to live in the palace?

So the upshot of the situation is that either I shell out for a live trap and then release the mice far far away from our house (where hopefully they will be a good source of protein for hawks), or bait the more conventional traps and leave them out when the girls are in bed, making sure to dispose of the evidence before they get up.

Email ThisBlogThis!Share to TwitterShare to FacebookShare to Pinterest
Labels: Alison vs. the Universe, Life in general, Life with Leah, Life with Rachel, Our house is a very very very fine house