My apologies to the  legions of  many six readers of this blog who live outside Ottawa, but this post will only make sense to people living in or around the nation's capital....if they listen to CBC Radio One on their way to work.

Drinking games are a long and honoured tradition.  From back at university when we'd watch Cheers and swig beer whenever anyone in the bar yelled "Norm!" to Facebook memes like this one: 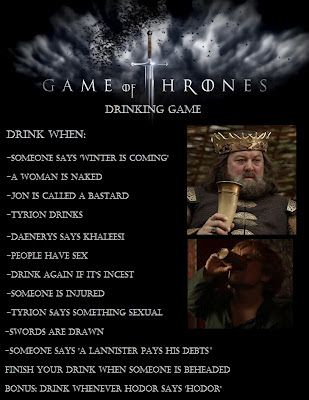 I think we need a new one.

I have a radio crush on Dave Brown, who does the traffic reports for CBC Radio One in the mornings. Dave has fun with the traffic report.  I can't wait to hear the new ways he'll describe how traffic is moving. Or not, as the case may be. 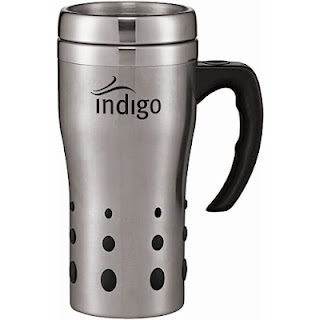 So here it is:

Fill up your travel mug with a Timmie's double double, a Starbucks chai latte, a Bridgehead fair-trade Americano, or just the plain old coffee that comes out of your Procter-Silex, get in your car and get ready to play.  Turn your dial to 91.5 FM and make sure your mug is handy when the traffic report comes on.

Take a swig whenever he says:

- It's a tough sled on all the bridges.

- And that's where the magic happens.

- Whenever he calls 'the Split' 'the Merge'.

- Keep your head on a swivel.

- Patience is a virtue. (while describing the bridges)

Take a large gulp whenever his prose gets extra-descriptive.  You know what I mean.  Examples of gulp-worthy lines:

- Highway 50 strikes a pose at Montée Paiement and vogues all the way down to la Vérendrye.

- The 417 westbound dashes from Boundary to Innes.

- Carling is all tangled up with pockets of congestion.

- The 174 is only a slight headache this morning, you'll only need one Advil or Tylenol.

- The 417 eastbound Usain Bolts out of Kanata.

- The 174 is in need of some flaxseed oil: it's backed up from Blair to the Split.

- Volume builds up through Kanata, reaches an apex at Bayshore, then deconstructs by Woodroffe.

- The 417 westbound is as thick as a bowl of chili coming up to Scotiabank Place.

- The Queensway stuffs up at Place d'Orleans, but you'll get relief by Innes.

- The 174 is in leather pants mode: tight as it approaches the Split.

You might need a bigger travel mug than usual.  I'm usually out of coffee before I get to Carling and Maitland. :)

If this catches on, we might need a return-commute All in a Day drinking game.  Beverage of your choice.

- Kate Macnamara says 'at the minute'.

Email ThisBlogThis!Share to TwitterShare to FacebookShare to Pinterest
Labels: I am Canadian, Ottawa