Finally, the one about the flood. Or, can you tell I just re-read Bridget Jones's Diary?

What an end to a v. v. busy week. Had my BFF Evelyn and her daughter Erin down (up?) for the week from Dartmouth, Nova Scotia. Wanted to be amazing hostess who would be talked about for months: you know -- specially shaped soaps in the bathroom, scented linens, and wonderful barbecued meals by the pool, where we would frolic in the warm water. It *so* didn't happen that way. The weather and destiny DID NOT GET THE MEMO. It was cold and cloudy and rainy, the pool heater succumbed to some kind of fatal pool-heater condition and would not work, and (I am not exaggerating) two minutes after venturing out onto my elderly deck, and two nanoseconds after being reminded to keep sandals on, Erin slipped on the wet deck boards and jammed the mother of all splinters into the sole of her foot. I've split smaller logs than that for kindling, poor thing. Yes, hostess of the year, that's me.

Yesterday, their last day, we went to the Museum of Nature and walked around (limped around, in Erin's case) checking out the dinosaurs and legions of stuffed birds before they headed off to the airport and the safer environs of home. (Ev and Erin, not the dinosaurs and birds.)

After dinner and playing around on Facebook, I headed upstairs to bed and was soon joined by two scared little girls as a pretty impressive thunderstorm seemed to be stalled right over the house. Coupled with all the rain we've gotten lately that has totally saturated the ground, the storm pushed the groundwater level over the edge. At 1:17 a.m. I was wakened by a horrible noise. A loud, screechy noise. Batted ineffectually at my alarm clock. That was not the problem, nor was it the smoke alarm. It was coming from the basement. Damn, someone had better go down and check out that noise. Sigh. Being a singleton, that person would be me.

I went down to see what it was. I think it was the sump pump seizing. Or starting. I know very little about sump pumps. There was a pool of water covering the entire basement floor, several inches deep, including over the power bars that all my computer equip is plugged into. Wasn't sure if this meant the water might be electrified as the red light on the mouse was still beaming at me cheerily.

The girls' play kitchens were down in the basement. As I was standing on the landing at the bottom of the stairs contemplating the body of water that was my basement (I think naming it Lac Sous-Sol gives it that proper continental flair), a small plastic corn-on-the-cob floated towards me and fetched up against the bottom step. A moment later, a plastic chicken leg followed and bobbed beside it. I stood there, idly wondering if dessert would show up in the shape of a floating cherry pie or portion of crème caramel, but was disappointed. Decided nothing was to be done at that time of night so I went back to bed where I had lovely dreams that all the water evaporated. Got up in the a.m. and checked. Dreams had not come true. 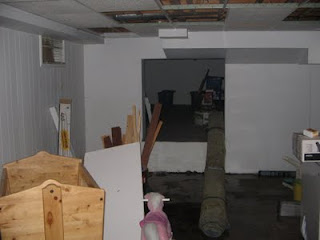 Went upstairs to start coffee, and opened living room curtains. Could hardly help but notice the GIANT HOLE in ground in middle of front lawn. Got my wellies and a coat on over my nightie and headed out to look. One metre across and two metres deep, exposing a large concrete pipe with rebar rungs. Decided it was either an old well, or an escape hatch from the Diefenbunker, which is only a few hundred metres away. Waited, drinking coffee, til 8:30 and called my neighbour Cliff. He's my friend Connie's husband. He is an estimator for a disaster recovery company that does cleanup after fires and floods. V. v. good person to know. And also a super guy. He came over and looked at the basement and arranged for a cleanup crew to come in the next day (Sunday). 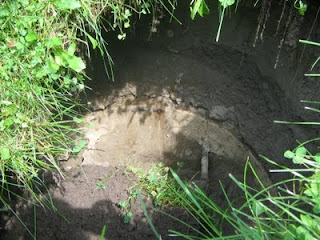 Cleanup crew came over yesterday. Crew chief looked exactly like a young Ben Affleck. Had to take myself firmly in hand to avoid excessive drooling. Not sure when I'll start blogging again regularly, as not sure if home computer survived. Will try to keep up at work, but will be sporadic. Seem to have lost use of articles and some verbs. Later, gators...

Well, my basement has been reduced to concrete and studs. (But not the fun kind of studs, just the wooden ones.) A crew was in on Friday and took everything out of the basement and piled it on the front lawn. You'd be surprised the number of people who wanted to pick through flood-damaged and probably bacteria-infested belongings. One guy claimed he thought I was having a yard sale -- yeah, and the piles of ripped out paneling were a sales item. Insert eye roll here. 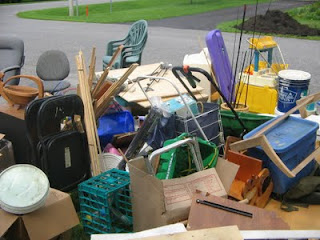 The furnace inspector says I need a new furnace, as the water level was over the blower motor wiring and it wouldn't be reliable. So I'm getting a new furnace. A crew will be in to do new drywall on the basement walls sometime in the next couple of weeks. I always wanted to clean out some of the stuff in the basement and fix it up a bit, so I guess you should be careful what you wish for.
The sinkhole turned out to be an old well, thus dashing my hopes that I might lie in wait with a baseball bat for Stephen Harper to pop up out of it. I covered it up with some plywood, which seemed to be a cheaper option than acquiring Lassie to come and fetch me every time one of the girls fell in. I will see about filling it in after I come back from vacation. In the meantime, there's enough room for a body or two, if you have any to dispose of. 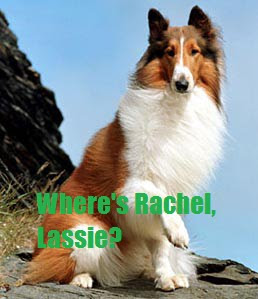 Have returned from vacation to find that sinkhole has been filled in. I have wonderful neighbours. Not sure if sinkhole is filled entirely with earth or with an earth-body mix. Find that I don't much care.

Thursday 12 November
Finally. Am extremely grateful that drywall is up and painted, and carpeting has been laid. The girls are treating the room like a combination equestrian facility (the galloping)/gymnastics studio (the cartwheeling)/battleground (the flinging of stuffed animals with wild abandon). 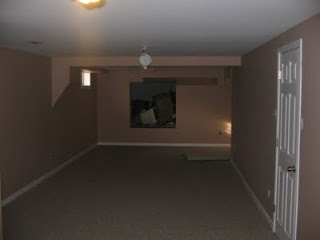 Email ThisBlogThis!Share to TwitterShare to FacebookShare to Pinterest
Labels: Alison vs. the Universe, Our house is a very very very fine house