Halloween is for exhibitionists -- a reprise

"When did Halloween become an excuse to take your clothes off and call it a costume?"-- Lainey

I was reminded of that quote the other day when the girls and I went into a costume store to track down a Gryffindor robe for Rae, who wants to be Hermione Granger for Halloween.

Around our house, Halloween costumes have become a big deal. The girls start thinking about what they want to be somewhere around July September, and we start looking around for ways to make them the costumes they want. This year, Rae wanted to be a pirate, and Leah wanted to be Princess Leia, due to her obsession with Star Wars, which shortly predated her obsession with Labyrinth.

Rae's costume was easy enough. We bought the hat/scarf and a set containing eye patch, earring, hook and sword at Walmart, added black pants from home, and a wonderful puffy shirt/waistcoat combo that was loaned to us by my friend Janice, et voila, a scurvy buccaneer. Leah's was not so easy. After a few painful attempts to coil her hair into Leia's hair bagels, I gave up and did something I've never done before. I ordered her costume online. (I feel like such a sell-out.)

Oh, before I get much further in the story, here is a picture of my incredibly cute offspring, taken this morning before school -- because God knows what kind of shape the costumes will be in when they get off the school bus this afternoon. 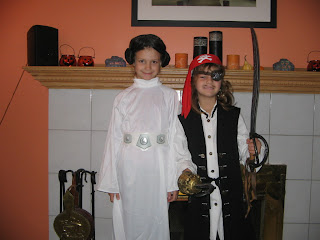 Now where was I? Oh yeah, ordering online. I ordered from an outfit that is associated with a local party supplies store, so instead of paying shipping to my house, I picked the costume up at the party store.

When I got there on Wednesday to pick it up, I was floored by all the Halloween stuff they had -- costumes, decorations, make-up, props -- it was truly amazing. But what caught my eye the most was a poster advertising costumes for a company called Secret Dreams. They were women's costumes, and were all kind of....um....slutty. All the costume names were prefaced with the word 'sexy', you know, like 'Sexy Angel', and 'Sexy I Dream of Jeannie', and (God help us all) 'Sexy Tinkerbell'.

Umm, yeah. My eyes started rolling. But you can see -- sort of -- how those female archetypes could be seen as sexy. What blew my mind was what other not-very-sexy costumes they managed to sex up. I present to you, now, the real thing, and the Secret Dreams versions. And I'm not making this up, you know.

The real Wednesday Addams from the Addams Family (note that she is a seven-year-old girl): 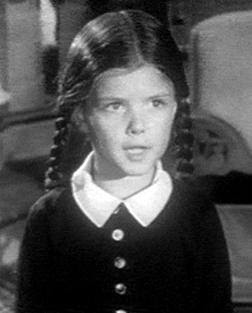 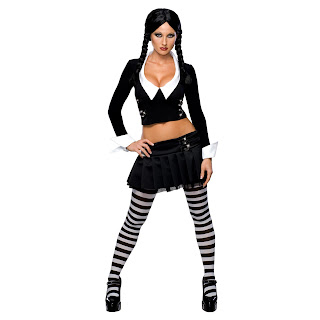 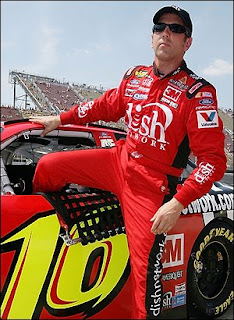 And the sleazy 'Sexy NASCAR Driver': 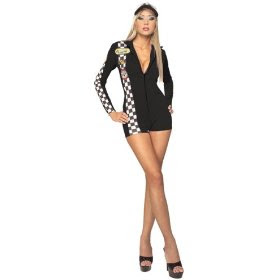 But the one that really boggled my mind as being something that was not the least bit sexy was this, the real Ghostbusters: 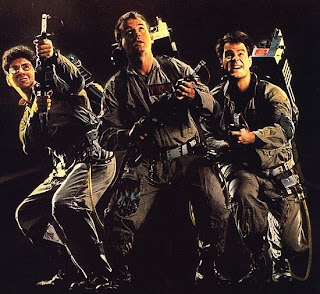 And (I shit you not), the skanky 'Sexy Ghostbuster': 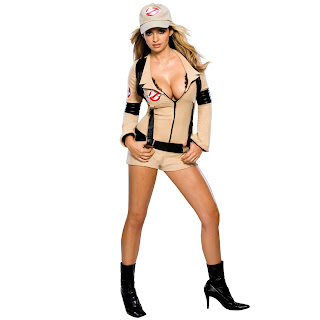 I did notice, however, that this sluttiness sleaziness skankiness 'sexiness' doesn't seem to be present in the mens' costumes. Oh no siree, Bob. Not at all. 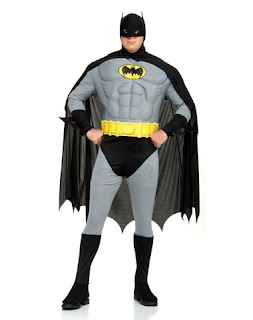 Here's Neo, from The Matrix. Not a lotta skin showing here, is there? 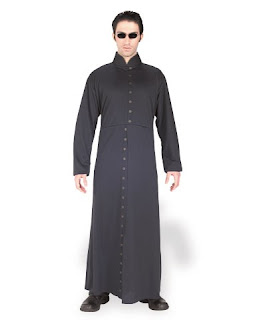 What we need is the 'Sexy Casino Royale James Bond' costume -- you know, to even things up for us women: 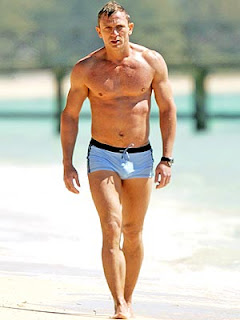 Wait. On second thought, thinking of what most men actually look like, maybe Neo isn't such a bad costume idea after all.

(Photos courtesy of Google, except for the picture of my adorable spawn, courtesy of me.)