Sorry about your date, hope you got lucky anyway

Well, I saved my pennies and went with a bunch of girlfriends to Le Nordik, a Nordic spa in Chelsea, Quebec, about an hour's drive from my place. 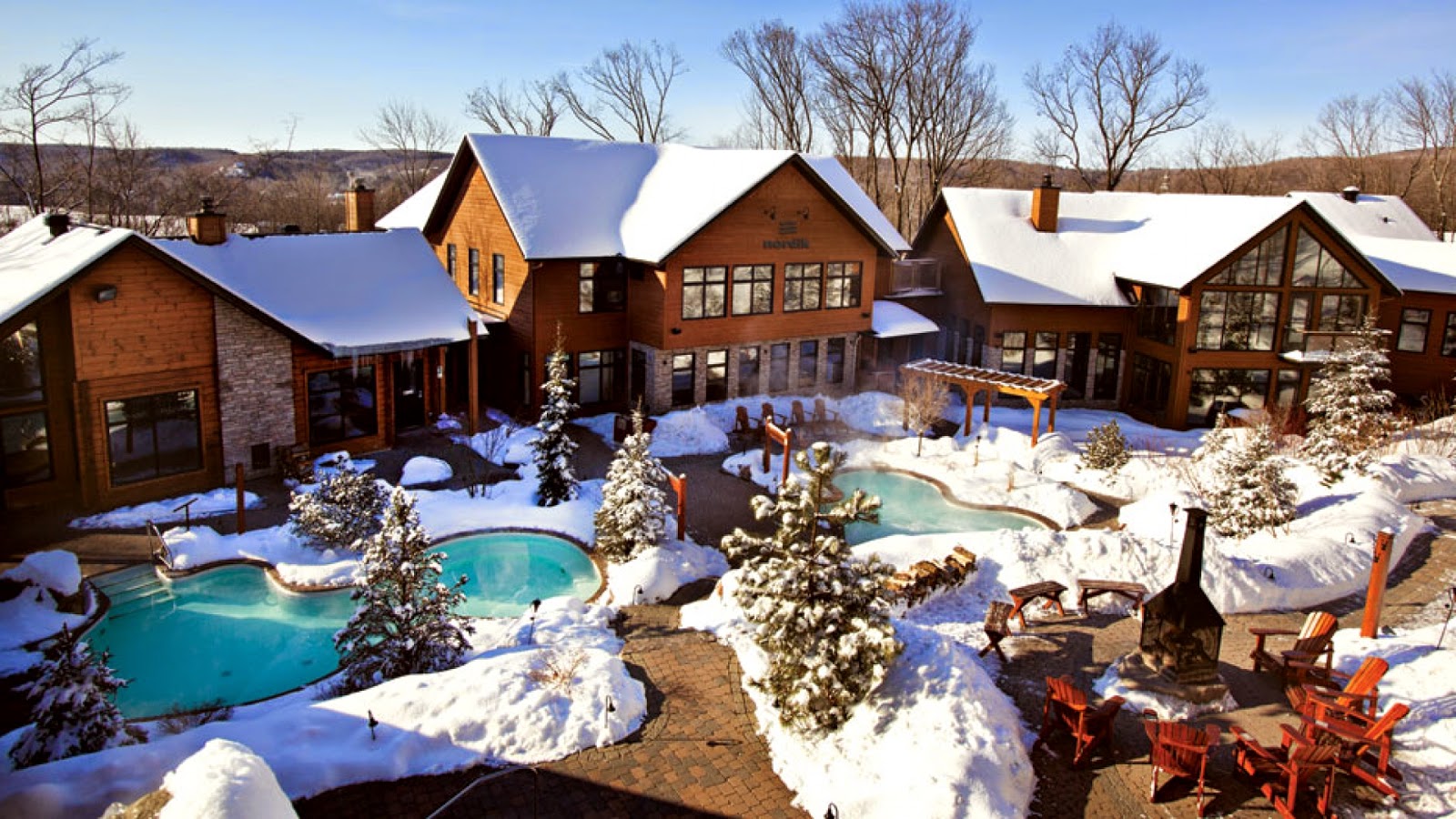 We like to do this once a year, in January or February, when the excitement of Christmas is over and spring still seems like it's a long, long way away. We rent the lodge for one night of wine and Indian food, and spend two days in the baths, going from sauna to steam room to hot pool, braving the subzero temperatures in our bathing suits, robes, and flip-flops.

I like it best at night. We try to stay late at the baths on the Friday night before heading back to the lodge.  My favourite place is the infinity pool, it's built high on a hill and there's a lovely view of Ottawa and Gatineau in the distance, plus it's one of the places where you are allowed to talk. (Most of the spa is zoned as no talking, so that it's soothing and serene.) So, after dinner and a few glasses of wine at our lodge, we headed back for a sauna and a swim/soak in the infinity pool.

It was cold. Very cold. Probably around -25C. And a brisk wind was not helping. Giggling like 12-year-old boys because a wet towel that was hung on a hook and froze into a long cylinder with a rounded end kept its shape when I picked up and waved it around, we flip-flopped up to the infinity pool. 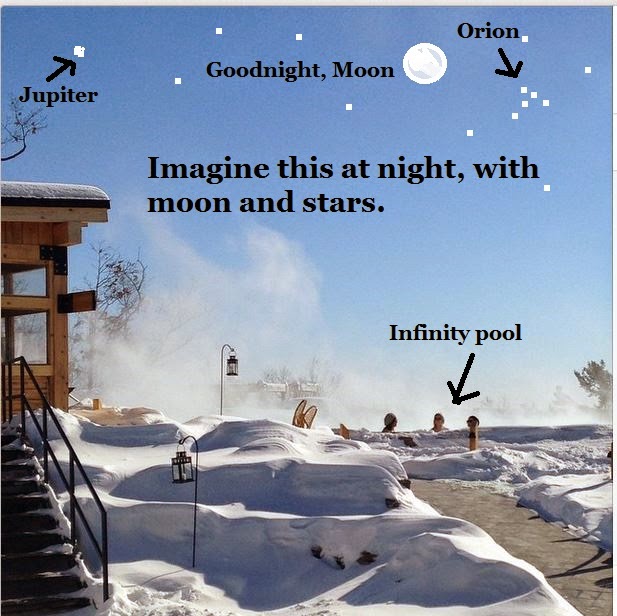 The cold wind was whipping up billows of steam from the surface of the hot pool. We put our towels in the heated hut, and ran to the pool, kicking off our flip-flops and squealing down into the blessedly hot water. We had the pool almost to ourselves -- a few other women down one end, and a couple, their heads very close together above the water, were languidly kissing at the other end. It was undoubtedly a romantic setting. At least until we got there.

So I would like to offer the following apology:

I am really, really sorry about your date.

Look, you did everything right. I can't think of a more romantic setting. The sky was a black velvet background lit by the brilliant half-full moon. Jupiter was pinned against it like a flawless diamond and a scattering of stars blazed above the necklace of lights that was Ottawa on the horizon. Smooth jazz was playing over hidden speakers, and you and your girlfriend were half hidden in the steam, pressed together, clad only in bathing suits.  Yep, A+ on foresight and planning. You were in like Flynn.

It wasn't your fault that a pack of middle-aged women, with a few glasses of wine under their belts, yelping from the cold and still cackling about the towel erection, splashed down into the middle of your seduction.

And the one woman, who had lagged behind a bit in the heated hut, so that she was separated from her pack mates and disoriented by the gauzy billows of steam, and ended up yelling "Marco" so that the others would answer "Polo" and everyone was reduced to helpless giggles? Well, she is really most sincerely sorry.

We tried to behave. Really we did.

I hope the rest of your evening went as planned.