According to Rachel: Kingston Pen edition 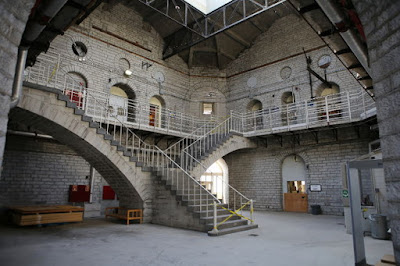 So, Rachel's class went on the annual Grade 7 end-of-year day trip to Kingston, down on the St. Lawrence Seaway. They visited Fort Henry, a military outpost built to repel those pesky Americans during the War of 1812.

They also visited Kingston Penitentiary, a now-closed, but iconic Canadian prison. They weren't allowed into the prison, but toured the Corrections Canada Prison Museum across the street. 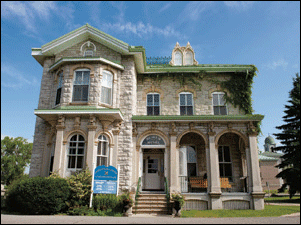 On the way home from school after the bus had dropped them off, Rae and I chatted in the car.

Rae: "And we went to the prison too."

Me: "Probably Kingston Pen. It's a famous prison. That's too bad. It would have been fun to go into the cells."

Rae: "Yeah, it would've. But we went to this museum and got to see stuff from the prison. There was a whole shelf of shivs." 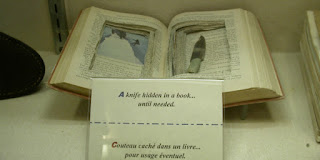 Me: [marvelling a bit that the school would show stuff like that to what are essentially children] "Wow. Shivs."

Rae: "They made them out of all kinds of things. Toothbrushes, spoons. One shiv was even made out of a hammer. Why would anyone do that?"

Me: [smiles at my daughter's revulsion towards the violence inherent in making a shiv]